Two cases recently decided in federal courts in Illinois and Alabama, respectively, provide cautionary tales for employers and how they administer COBRA continuation coverage, particularly how they provide election notices following a COBRA qualifying event. In both cases, the courts determined that claims of COBRA notice violations could not be denied because the responsible employer could not demonstrate that it had properly issued COBRA election notices.

In Howard v. Ivy Creek of Tallapoosa, LLC, the U.S. District Court for the Middle District of Alabama considered a case in which a disabled employee was terminated from active group health coverage following an extended absence due to a brain aneurysm. The employer communicated detailed plan information to the employee at her current address, but the TPA responsible for COBRA notices had only an outdated address for the former employee in its system. Even though the notice was returned to the TPA as undeliverable, the TPA never informed the employer.

The court disagreed with the employer’s assertion that it had no liability since it had instructed the TPA to send the COBRA election notice to the employee’s last-known address in its files. The court held that the employer could not absolve itself by delegating the notice responsibility to a third party when it neglected to inform that third party of a more recent address of which the employer was aware. Moreover, the service agreement between the employer and TPA obligated the employer to notify the TPA of any changes in employees’ addresses, which the employer failed to do in this case.

This case illustrates the importance of an employer building fail-safe processes to properly exchange information relevant to COBRA notices and elections. This is especially true when an employer changes COBRA vendors, and the data migrates from one vendor to another without the employer or new vendor performing an audit to ensure the data is updated and correct. Further, it is important for an employer to review its COBRA administrative services agreement to be sure it complies with any obligations it has to the COBRA administrator.

In Earl v. Jewel Food Stores, Inc., a former employee sued an employer for failing to provide timely COBRA election notices. The employer attempted to show that it had followed COBRA rules and made a good faith effort to provide a timely election notice. However, the court held that the evidence the employer offered was insufficient to demonstrate a good faith notification effort.

This case aligns with other similar cases in which an employer argued that it has sent a proper COBRA notice following a qualifying event. In the cases where a court sided with the employer, there has been direct evidence that the employer sent the notice by first class or certified mail, or that the employer had regimented and routine notice generation and mailing procedures, and that the employer followed the standard procedures in the matter in question. Often an employer can demonstrate compliance with its internal procedures through an affidavit of the individual responsible for adhering to COBRA procedures.

COBRA continues to pose challenges that result in litigation – even class actions in some cases. It is important for employers to routinely examine their COBRA processes and any governing third-party vendor agreements to clearly define duties and obligations and to set procedures to periodically audit processes to ensure full compliance with COBRA election rules. 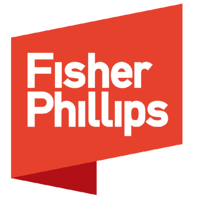